Our clients often describe being a whistleblower as an unpleasant, yet very necessary, undertaking. Whistleblowers speak out when no one else will, and right a wrong to which many would rather turn a blind eye. If you have been retaliated against at your place of employment for reporting or speaking out against your employer’s unlawful conduct, you may be entitled to a host of legal remedies and compensation. We provide aggressive advocacy during these often-stressful situations. Under state and federal law, several protections apply to whistleblowers in Massachusetts.

If your employer threatens, terminates, suspends, or demotes you in any manner because of your verbal or written concerns over its fraudulent or illegal activities, you may have a claim under the Sarbanes-Oxley Act.

In 2002, the financial collapses of numerous companies, most notably Enron and WorldCom, caused the nation’s legislators to realize that the Securities Exchange Act of 1934 alone could not effectively protect shareholders of publicly-traded companies from massive financial fraud. In considering the bill that would eventually become the Sarbanes-Oxley Act of 2002, the Report of the Senate Judiciary Committee noted that employees who attempted to blow the whistle on corporate improprieties during that time “were discouraged at nearly every turn.” With this concern in mind, the Act was drafted to protect whistleblowers. Section 806 of the Sarbanes-Oxley Act specifically prohibits publicly traded companies from discriminating against employees in retaliation for reporting corporate fraud or accounting abuses.

To qualify as a “whistleblower” under Sarbanes-Oxley, an employee’s concerns must be communicated to a supervisor, federal agency, or any Member of Congress. Where successful, a prevailing employee may be entitled to job reinstatement, back pay and benefits, compensation for mental pain and suffering, and payments for loss of future earnings and professional reputation. A prevailing employee may also recover expenses incurred during the litigation process, including attorney’s fees and other costs.

In 1999, former Governor Cellucci signed a state budget that included legislation drafted by the Massachusetts Nurses Association to provide whistleblower protection to all health care providers in the Commonwealth. In order to safeguard the public’s health, Massachusetts law (M.G.L. c. 149, s. 187) prohibits health care facilities from terminating, refusing to hire, or otherwise retaliating against a health care provider who opposes a practice that she or he reasonably believes poses a risk to public health. Where successful, health care providers acting as whistleblowers are entitled to numerous forms of recourse including reinstatement, full fringe and seniority rights, compensation for lost wages, and litigation costs.

Strict rules apply as to how and when reports of unlawful conduct must be made.

Retaliation Based on Status Within a Protected Class 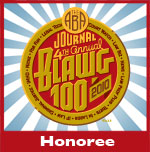