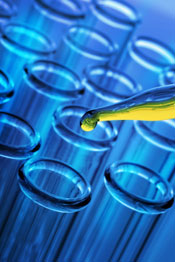 Workplace drug testing is a multibillion dollar industry in the United States. By some estimates, 84 percent of employers require new hires to pass a drug test prior to beginning work.

Most laboratories doing pre-employment drug testing conduct an initial immunoassay test on a sample. If that test comes up positive, the laboratory will normally run a “confirmatory” test with a gas chromatography/mass spectrometry (GC/MS) machine.

The trouble is that very often the “confirmatory” test is done on the same vial that tested positive on the immunoassay. So if human error caused your sample to get mixed up with someone else the GC/MS test will also be wrong. And while estimates of false-positives caused by human error vary, many experts put the error rate at around 1 percent.

How will you know if you’ve tested positive? You may not be told. A study conducted by the American Management Association revealed that 25 percent of employers don’t even tell prospective employees
that the reason they weren’t hired is that they tested positive.

If you think you’ve been the victim of a false-positive drug test, don’t despair. Contact an attorney quickly so that the sample that is supposedly yours can be preserved. We have attacked these tests in a variety of unconventional ways. Call us at(617)973-6434.