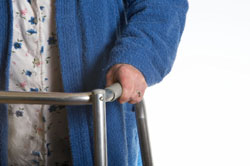 Nursing home abuse and neglect is a serious and growing problem in Massachusetts and throughout the country. According to a recent Congressional report, one-third of all nursing homes in the United States were cited for an abuse violation in the two-year period between 1999 and 2001. The number of nursing home abuse and neglect incidents in the United States doubled between 1996 and 2001.

If you suspect that your family member has been the victim of nursing home abuse or neglect, call or email The Law Office of Alan H. Crede – at (617) 973-6434 – for help.

To check on the safety record of a nursing home where one of your family members resides, you can use the Department of Health and Human Services’ Online Survey Certification and Reporting (OSCAR) database by clicking here.