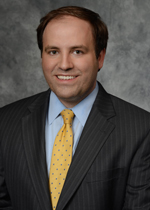 A cum laude graduate of Boston College Law School, Alan H. Crede is a trial lawyer who represents plaintiffs in personal injury and employment actions. Alan’s courtroom victories have been featured in stories in Massachusetts Lawyers Weekly and other publications. Alan has been honored as a SuperLawyers “Rising Star,” an honor bestowed on two percent of attorneys under the age of 40. In 2010, the Journal of the American Bar Association honored Alan’s legal blog by naming it to their “Blawg 100” list of the Top 100 legal blogs in the country. Alan’s blog was one of only four blogs so honored in the field of personal injury. In addition to his trial practice, Alan has also won appellate victories before the Massachusetts Appeals Court and Supreme Judicial Court.